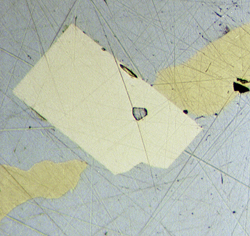 Graduating in geology (1985, Aberystwyth), I went on to pursue postgraduate research on the ore-mineralogy of the Central Wales Pb-Ag-Zn-Cu mining district, in between stints volunteering with the British Geological Survey (BGS) and other activities. Writing the work up in the early 1990s, I was awarded an MPhil in 1995.

Central Wales, it turned out, proved to be a far more complex orefield than previous literature suggested. Multiple phases of mineralisation have occurred, not only involving Pb and Zn but also more exotic elements like Co, Ni and Sb, in considerable quantities in places. Please click here for details.

Much of my geological research interest, since that time, has focused upon the interplay between Welsh mineral deposits and regional geological processes through time. Through working with BGS and with the commercial sector on gold deposits in the Highlands of Scotland, I soon appreciated the importance of approaching mineral deposits in a multidisciplinary manner.

In recent years, I have been involved, among other things, in a reappraisal of intrusive igneous rocks associated with the early Ordovician Rhobell Volcanism of North Wales - the rocks are mostly slightly to horribly altered and mineralised, but some notable exceptions to that rule have been located and investigated.

The relationship between mineralisation and deformation has major connotations in terms of a region's crustal evolution, so it is of particular interest to me, originally encouraged by my discovery in 1997 that the gold-bearing veins of the Dolgellau Gold-belt pre-date the regional, mid-Devonian Acadian deformation. The veins had for many decades been assumed to post-date that deformation. Click here for an account of the geology of the Dolgellau Gold-belt. Click here to learn about another project I am working on - Alpine fissure-veins in North Wales' slate-belt.